Recent significant legal developments may convince jails and prisons throughout the nation to meaningfully address the opioid and fentanyl epidemic that pervades correctional centers and society in general. A preliminary injunction was granted by a federal district court judge in Massachusetts requiring a county jail to administer methadone to a person entering the institution with opioid use disorder (OUD). Across the nation, a federal district court judge in Oregon approved a multi-million dollar settlement of a wrongful death claim brought by the family of a woman who died in custody without being administered medication or any other treatment for opioid withdrawal.

Medication Assisted Treatment for OUD
OUD is an epidemic that claims the lives of 115 Americans, on average, each day. See Centers for Disease Control and Prevention, Opioid Overdose: Understanding the Epidemic. In 2017, more than 70,000 Americans died from overdoses. The statistics reporting the number of people who have died from overdoses on Long Island and throughout the state of New York are grim. The incidence of deaths from opioid overdose are higher in New York than the nationwide rate. See National Institute on Drug Abuse: New York Opioid Summary (February 2018). Two of the highest rates in the state are found in Nassau and Suffolk Counties. See New York State Department of Health, Opioid Annual Report (October 2017). Medication Assisted Treatment (MAT) is the gold standard of care for the treatment of individuals suffering from OUD. “MAT involves the use of FDA-approved pharmaceutical medications, including methadone, buprenorphine, and naltrexone, in combination with counseling, behavioral therapy, and other interventions for the treatment of substance use disorders.” Pesce v. Coppinger, 2018 WL 6171881, at *2, Case No. 18-cv-11972-DJC (D. Mass. Nov. 26, 2018). Among other things, these medications suppress withdrawal, reduce cravings for the opioid, and with some medications, prevent users from experiencing a high from opioid use. The administration of MAT effectively conditions a user’s brain away from opioid use and allows people  afflicted with OUD to lead or resume healthy and productive lives. See Declaration of Dr. Ruth A. Potee, Document No. 17, submitted in Pesce v. Coppinger.

OUD and Correctional Institutions
Although some jails and prisons have piloted programs for the administration of MAT to men and women prisoners suffering from OUD, these programs are few and far between. The state of Rhode Island has developed the most comprehensive state-wide protocols for administering MAT in the correctional context. See NPR, Rhode Island Prisons Push to Get Inmates the Best Treatment for Opioid Addiction (Nov. 19, 2018). New York City and Connecticut have also implemented MAT programs in their jails. The risk of overdose death for prisoners being released into the community from prisons and jails increases exponentially. This phenomenon is a function of the decreased tolerance to opioids arising from abstinence while incarcerated. For example, “the opioid-related death rate in Massachusetts is 120 times higher for people released from jails and prisons as compared to the rest of the adult population.” Pesce v. Coppinger, at *2. The vast majority of correctional institutions and government agencies managing jails and prisons refuse to provide MAT to their populations who need it. With limited exceptions, the states of Maine, Massachusetts, and Washington were in the mainstream of states that failed to provide MAT to incarcerated people suffering from OUD. That status quo is changing.

Recent Lawsuits and Rulings
Pesce v. Coppinger. On Nov. 26, 2018, U.S. District Court Judge Denise J. Casper of the District of Massachusetts granted a preliminary injunction requiring the Essex County House of Corrections to administer methadone to plaintiff Geoffrey Pesce. The case was brought on behalf of Mr. Pesce by Goodwin Procter and the American Civil Liberties Union Foundation of Massachusetts. Mr. Pesce brought claims under the Eighth Amendment and Title II of the Americans with Disabilities Act (ADA). Mr. Pesce argued that he was likely to succeed on the merits of both claims, because (1) the denial of MAT would constitute deliberate indifference to his serious medical needs in violation of the constitutional proscription against cruel and unusual punishment, and (2) he is a person with a disability and the denial of the benefits of MAT would be discriminatory. At the time of commencement of the action, Mr. Pesce was about to be sentenced to periods of incarceration arising from a violation of probation and a conviction for operating with a suspended license. Id. at *3. Mr. Pesce had long struggled with OUD but was successfully recovering since late 2016 with the assistance of a daily dosage of methadone. Id. at *2. Medical evidence established that without the continued administration of methadone, Mr. Pesce’s tolerance would be significantly reduced and he would be at great risk for relapse. Id. The lawsuit sought an injunction requiring the Essex House of Corrections to provide methadone to Mr. Pesce during his incarceration. Claims were brought under the ADA as well as the Eighth Amendment. The district court determined that there was a substantial likelihood of success on both claims. Under Title II of the ADA, a plaintiff must demonstrate that he: (1) is a qualified individual with a disability; (2) was either excluded from participation in or denied the benefits of some public entity’s services, programs, or activities or was otherwise discriminated against; and (3) that such exclusion, denial of benefits, or discrimination was by reason of the plaintiff’s disability. Id. at *6 (internal quotations omitted). The district court determined that Mr. Pesce is a qualified person with a disability, that medical care provided to prisoners is a service, and that denial of the benefits of MAT to Mr. Pesce would be discriminatory.

Id. at *6-*7. Further, the district court determined that the denial of MAT to Mr. Pesce would constitute deliberate indifference to his demonstrated medical needs, and therefore Mr. Pesce was likely to succeed on his Eighth Amendment claim. Id. at *8. In evaluating the claim, the district court applied both an objective and subjective inquiry. “The objective prong requires the plaintiff establish that his medical need is or was sufficiently serious, meaning it was either diagnosed by a physician as mandating treatment or is so obvious that a layperson would recognize the need for medical assistance.” Id. at *7 (internal citation and quotation marks omitted). The subjective inquiry requires a plaintiff to establish that the defendant acted with intent or wanton disregard when providing inadequate medical care. Id. The former was easily determined by the medical proof submitted in support of Mr. Pesce’s motion, while the latter was determined in his favor because of the “blanket policy prohibiting the use of methadone treatment at [the facility].” Id. Additionally, the district court observed that Mr. Pesce demonstrated a significant risk of irreparable harm in the absence of MAT and that a balance of the equities and service of the public interest were in his favor. “[T]he Court concludes that the balance of harms between the parties tips in Pesce’s favor and the public interest is better served by ensuring Pesce receives the medically necessary treatment that will ensure he remains in active recovery.” Id. at *8. The order granting Mr. Pesce’s motion for a preliminary injunction is a landmark decision and the first that mandates MAT for prisoners suffering from OUD. It may soon have company.

Other MAT Lawsuits
At least two other actions are pending in federal district courts requesting the administration of MAT to inmates presenting with OUD. In the first, a comprehensive settlement agreement requiring that MAT be provided during a nine-month (and one day) sentence of imprisonment was docketed on Sept. 28, 2018, in Smith v. Fitzpatrick, Case No. 18-cv-00288-NT (Document No. 30). Plaintiff Zachary Smith is represented by the American Civil Liberties Union of Maine Foundation and the American Civil Liberties Union National Prison Project, alleging similar claims to those brought by Mr. Pesce in the Massachusetts federal court. The other is a class action commenced in June 2018 by both a sentenced prisoner and a pre-trial detainee confined in the Whatcom County Jail, state of Washington. The action is entitled Kortlever v. Whatcom County, Case No. 18-cv- 00823-JLR. Plaintiffs are represented by the American Civil Liberties Union of Washington Foundation. The claims are limited to those arising under the ADA; there is no constitutional claim. According to the docket entries, proceedings have been recently adjourned pending settlement discussions. No precedential findings or decisions have been made in either the Smith or Kortlever matters. In the Smith settlement agreement, the Maine Department of Corrections expressly denies that it is mandated to provide MAT to prisoners diagnosed with OUD, but nevertheless agreed to “order, dispense, and administer Plaintiff buprenorphine or an equivalent medication throughout the course of his nine-month-and-one-day sentence of incarceration.”

Smith v. Fitzpatrick, Case No. 18-cv-00288-NT, Document No. 30, pp. 1-2. The obligation to provide MAT in the correctional context is medically and morally required. A growing number of cases have created a legal right to MAT, as well. The risks of denying adequate OUD treatment in prisons and jails was recently exposed in a federal action in Oregon in which the privately contracted healthcare provider in a county jail agreed to pay a $10 million settlement to the family of a woman who died in custody. “Corizon Pays Out $10 Million Following Inmate Death, Lawsuit in Oregon,” Dec. 7, 2018. Madaline Pitkin, then 26 years old, died in her cell while detoxing from heroin. She received no medication to help her recover from withdrawal symptoms.

Conclusion
The National Sheriffs’ Association and the National Commission on Correctional Health Care have formally endorsed MAT in jails and prisons, and have developed protocols for the safe administration of medication that simultaneously protect against diversion of the medication to the general population. See Jail-Based Medication-Assisted Treatment: Promising Practices, Guidelines, and Resources for the Field (October 2018). The model created and implemented in Rhode Island is showing great results and promise in stemming the tide of this epidemic. On Long Island, efforts are being led by Long Island Congregations, Associations and Neighborhoods (LI-CAN), a citizens’ organization that has sought to expand access and remove barriers to evidence-based addiction treatment on Long Island. (The Nassau County Bar Association resolved to support and assist the efforts of LI-CAN to respond to the opioid epidemic on Long Island.) LI-CAN has begun to brief county and state policymakers on the recent legal developments and the need to adjust treatment protocols in prisons and jails. “Incarcerated persons with OUD, like anyone else with this deadly disorder, need the care of trained addiction medicine professionals,” said LI-CAN Co-Chairperson Rev. Gideon Pollach. “And those doctors need to be able to prescribe and administer the most appropriate FDA-approved medication for each patient, without unreasonable barriers imposed by non-medical officials. Until this standard of care is provided, it’s clear to us that the county jails and other correctional facilities in New York not only are in violation of the ADA and Eighth Amendment but are failing to meet minimal moral standards as well.” 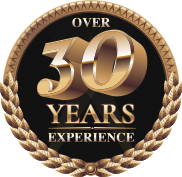